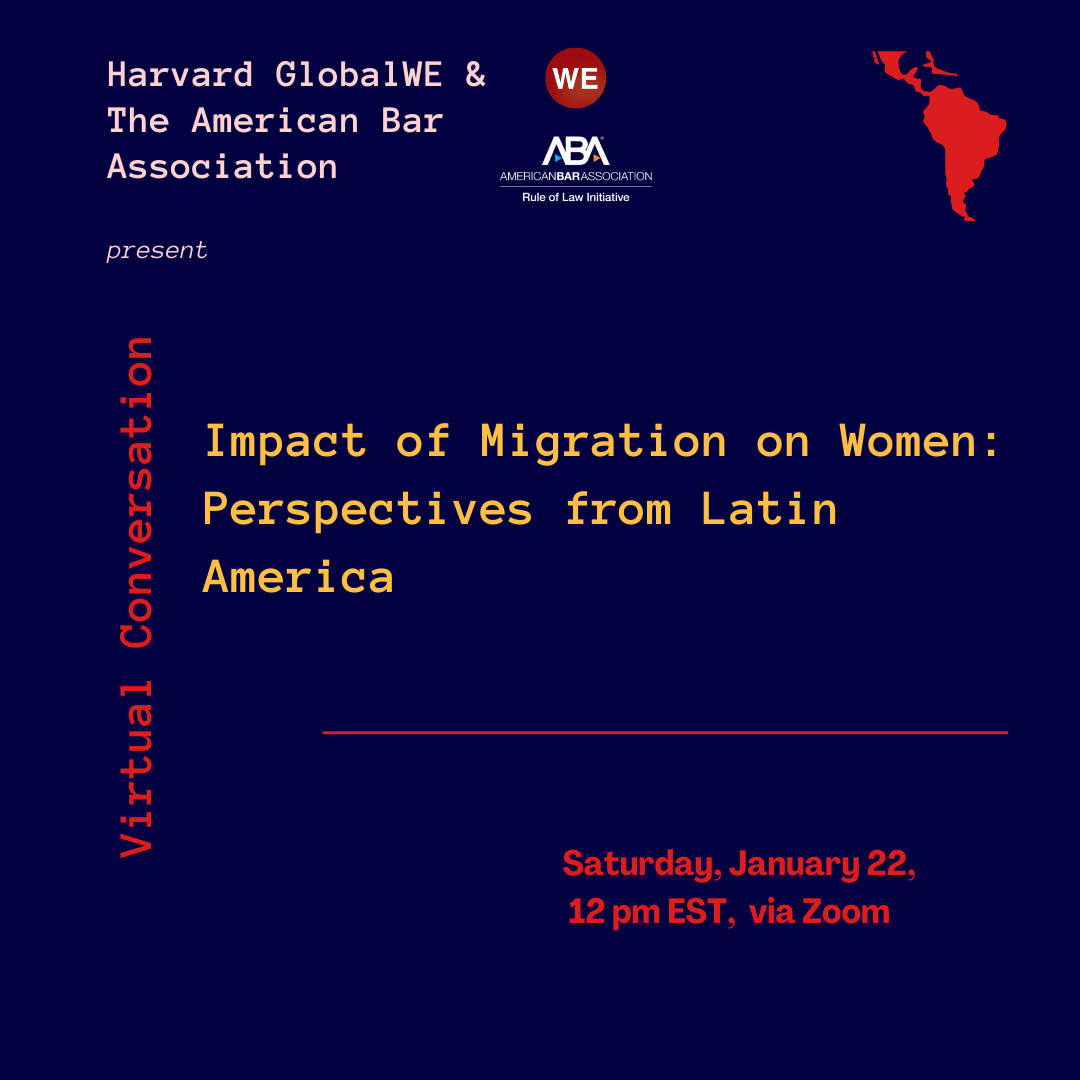 Impact of Migration on Women:
Perspectives from Latin America

Impact of Migration on Women: Perspectives from Latin America.

Today an estimated one billion people around the world are migrants – one in seven people. Over time, policymakers have tried to understand how these mass movements affect societies, economies, security, and sustainability. Women comprise almost half of the international migration population and there is a greater need to ensure that their rights are upheld. It is important to better protect migrant women and girls from gender based discrimination, abuse, and violations at all stages of migration, and fulfill their human rights.

Latin America today faces one of the largest mass migrations. More than 5.5 million refugees and migrants have left Venezuela of which 4.6 million now live in the Latin American region. It is important to understand the gravity of this situation and how it affects the lives of women from an intersectional point of view. Through this webinar, GlobalWE will host a discussion to better understand the current situation and possible solutions from our expert panel.

Register: Please register below to receive the zoom details. 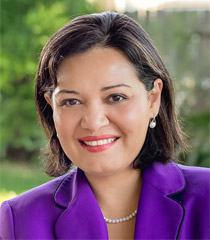 Raquel E. Aldana joined UC Davis in 2017 to serve as the inaugural Associate Vice Chancellor for Academic Diversity with a law faculty appointment. She returned to full time law teaching in 2020.
Aldana is a graduate of Arizona State University (earning a bachelor’s degree in English and another in Spanish) and Harvard Law School. She was a professor at the William S. Boyd School of Law, University of Nevada, Las Vegas, before joining the McGeorge School of Law faculty in 2009. From 2006 to 2007, Aldana was a Fulbright Scholar in Guatemala.
Aldana’s research has focused on transitional justice, criminal justice reforms and sustainable development in Latin America, as well as immigrant rights. Her most recent publications include a chapter in a forthcoming Springer book titled A Long Term Vision on Faculty Diversity at UC Davis in UPROOTING BIAS IN THE ACADEMY and a law review article titled A Look Back at the Warren Court’s Due Process Revolution through the Lens of Immigrants as part of the 2019 University of the Pacific Law Review Symposium Volume on the Fiftieth Anniversary of the Warren Court. Her most recent books include a co-edited volume titled From Extraction to Emancipation: Development Reimagined, published by Carolina Academic Press and the American Bar Association. Aldana also finished the second edition of Understanding Immigration Law with Dean Kevin Johnson and Professors Bill Ong Hing, Enid Trucio-Haynes and Leticia Saucedo.
Aldana teaches criminal law, asylum and refugee law and immigration law. She has also taught international human rights, lawyering for immigrants, “crimmigration,” criminal law and procedure, international labor law, Latin American comparative law, international public law, international human rights, statutes and regulations, and specialized courses such as the Central American migration corridor and the Comparative Perspectives on Force Migration in the Americas.
Since starting at UC Davis, Aldana has received numerous awards including the American Bar Association Margaret Brent Women Lawyers of Achievement Award, the UC Davis Chancellor’s Achievement Award for Diversity and Community and the UC Davis Office of Research and Policy for Equity Ubuntu Award for Inspiring Social Change. In 2019, Aldana was selected as an inaugural fellow of the Hispanic Association Colleges and Universities’ Academia de Liderazgo. She is an elected member of the American Law Institute (ALI), widely considered the nation's preeminent law reform organization.
In June 2018 Chancellor May invited Aldana to join a task force to help UC Davis become a Hispanic Serving Institution (HSI). The HSI Taskforce submitted a report   forging a vision with concrete steps on how UC Davis can become a premier Hispanic Serving R1 land grant institution. Aldana was also selected in 2018 to the inaugural UCOP President’s Chicano/Latino Advisory Council. She was recently elected as Chair of Latin American and Caribbean Council of the ABA’s Rule of Law Initiative (ROLI) and as a member of the the ROLI BOARD, and is serving a second term to the Council for Racial and Ethnic Diversity in the Educational Pipeline. Aldana is a Fellow of the American Bar Association and previously served as the co-president of the Society of American Law Teachers.
Milena Montenegro
Gender and Social inclusion Advisor, American Bar Association Rule of Law Initiative 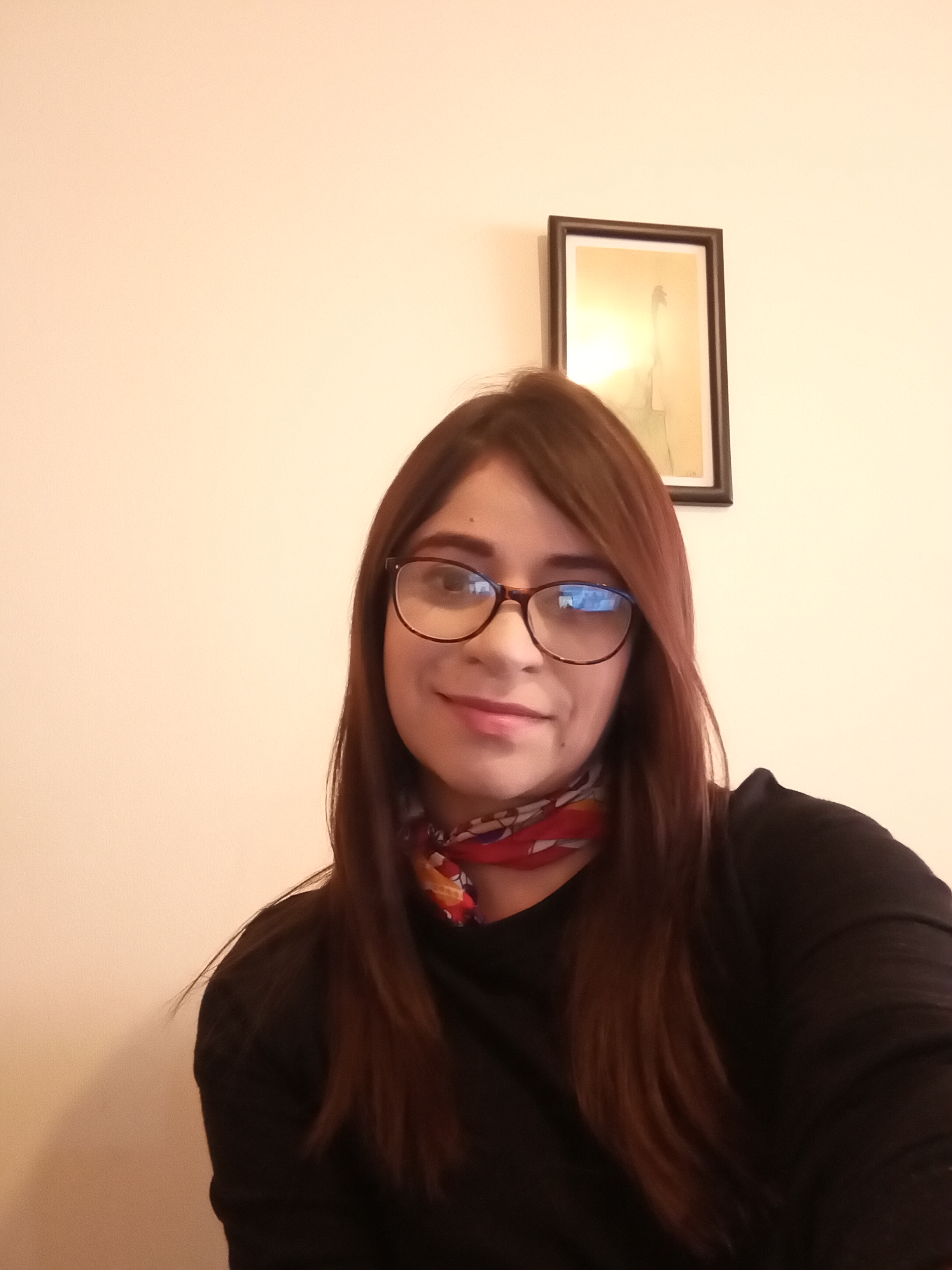 Ms. Montenegro is a psychologist, specialist in social policy, with a focus on gender studies and public policies for migrant populations. Currently, she is the Gender and Social inclusion Advisor for the American Bar Association Rule of Law Initiative in Bogota, Colombia. She has extensive experience leading projects on Gender and Social Inclusion focused on strengthening local governments and supporting initiatives lead by civil society organizations. In recent years Ms. Montenegro has supported initiatives focused on improving institutional responses regarding migrant populations, including designing tools and methodologies aimed at mitigating violence perpetuated against vulnerable groups including women, LGBTI population and migrant children, and strengthening protections and restitution of rights for migrants in Colombia. Ms. Montenegro is the creator of the Podcast, Mental Health Pills in Quarantine, which provides migrant women confined by COVID 19, information on how to access social and legal services in cases involving gender violence.
Rebecca Shoot
Senior Technical Advisor, American Bar Association Rule of Law Initiative 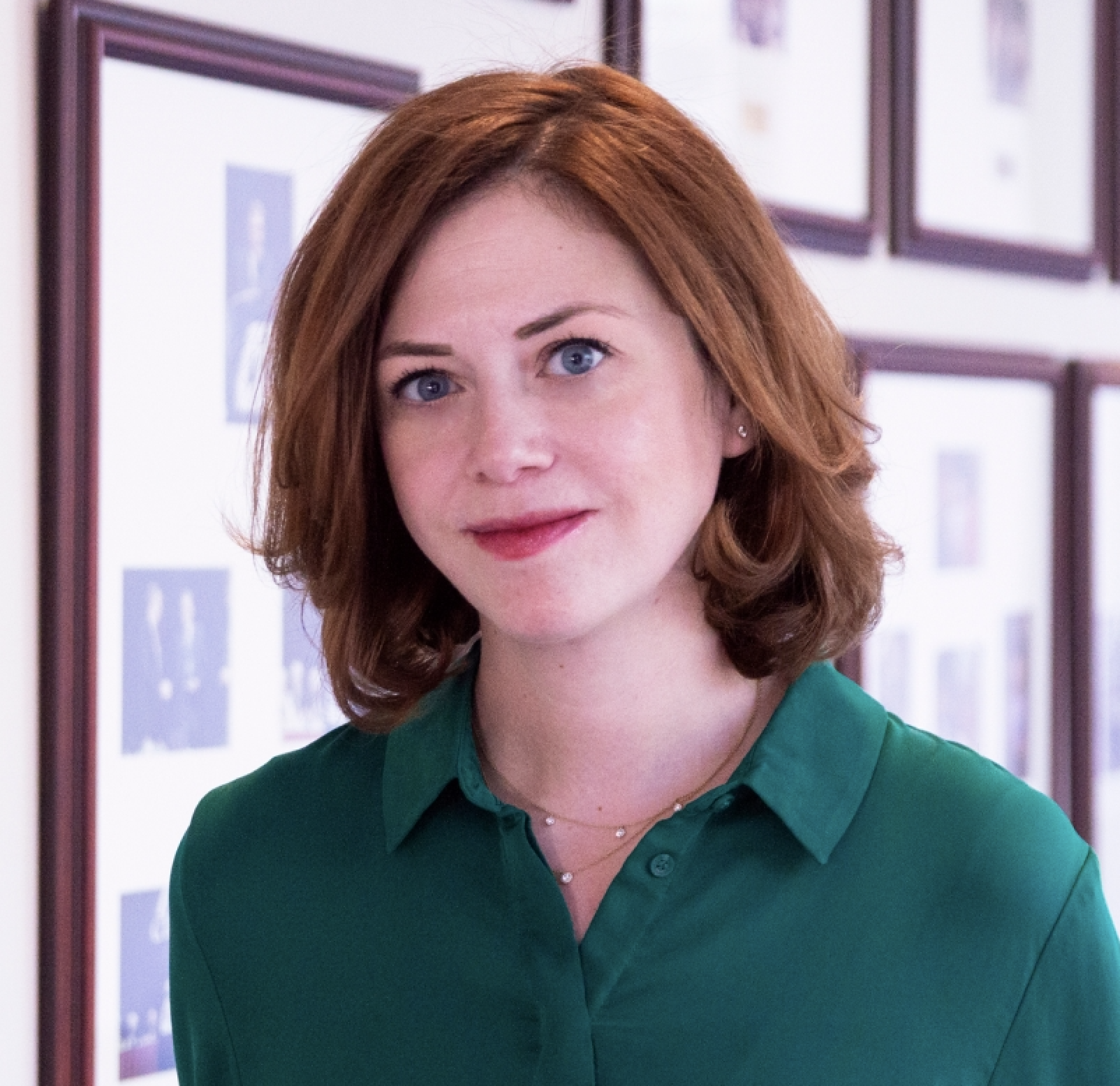 Rebecca A. Shoot is an international lawyer and democracy and governance practitioner with 15 years of experience in the non-governmental, inter-governmental, and private sectors supporting democratic processes and judicial institutions.
In nearly a decade with the National Democratic Institute (NDI), she held numerous positions in headquarters and the field supporting and leading democracy and governance programs in Central and Eastern Europe and Southern and East Africa. She was the lead for Parliaments & Parties at UK-based Global Partners Governance and consulted with the United Nations Development Programme (UNDP) before taking on a leadership role steering NDI’s Governance projects globally and directing programming for the bipartisan House Democracy Partnership of the U.S. House of Representatives. Most recently, Rebecca created a global parliamentary campaign for Democratic Renewal and Human Rights as Senior Advisor to Parliamentarians for Global Action (PGA), an international network of legislators committed to democracy, human rights, and the rule of law. Prior to that, she directed PGA’s International Law and Human Rights Programme and ran PGA’s office in The Hague.
Rebecca’s legal expertise is in international criminal, humanitarian, and human rights law. She served as a Visiting Professional in the Presidency of the International Criminal Court (ICC) and has provided pro bono legal expertise to The Carter Center, International Refugee Assistance Project, United Nations Working Group on Enforced and Involuntary Disappearances, and U.S. Marine Corps University, where she helped develop the international humanitarian law curriculum. She is a member of the Coalition for the ICC and ICC Committee of the American Branch of the International Law Association, and frequently speaks on topics related to public international law.
Rebecca earned a Juris Doctorate with Honors from Emory University School of Law, where she received several academic distinctions, including the David J. Bederman Fellowship in International Law and Conley-Ingram Scholarship for Public Interest Leadership. She earned a Master of Science in Democracy & Democratisation from University College London School of Public Policy and a Bachelor of Arts Magna Cum Laude in Political Science from Kenyon College. She holds certificates in Conflict Analysis from the U.S. Institute of Peace and in Public International Law from The Hague Academy of International Law.
Rebecca’s publications include the first Global Parliamentary Report (IPU & UNDP 2012), Political Parties in Democratic Transitions (DIPD 2012), and Navigating between Scylla and Charybdis: How the International Criminal Court Turned Restraint Into Power Play (Emory Int’l L. Rev. 2018), which was honored with the Emory International Law Review’s Founder’s Award for Excellence in Legal Research and Writing. She currently is working with the Oxford Institute for Ethics, Law and Armed Conflict on policy recommendations for the Biden Administration to enhance the United States’ approach to mass atrocity prevention.
In her free time, Rebecca serves as Co-Convener of the Washington Working Group for the International Criminal Court (WICC), a diverse coalition of human rights organizations, legal associations, former government officials, and leading legal professionals. She also acts, directs, and writes for the theater; and moonlights as personal assistant to Mackers, a global influencer and five-year-old Jack Russell terrierist.

Questions: If you have any questions or would like further information, please contact us at info@harvardglobalwe.org
Views: Harvard Alumni For Global Women's Empowerment Harvard GlobalWE is a shared interest group of the Harvard Alumni Association. We are dedicated to the empowerment of women through education, dialogue and connection among individuals working for women's rights and freedoms worldwide. Harvard GlobalWE does not advocate a specific ideology or political or cultural agenda. We are an inclusive organization with membership open to and comprising all genders.
While membership is free, Harvard GlobalWE accepts donations from members to support its programs and initiatives. To become a member of Harvard GlobalWE, please JoinWE. To learn more, please visit our website and our Facebook group.
The views expressed during our events are solely those of the speaker(s) and participating audience and do not imply endorsement by Harvard GlobalWE and/or Harvard University.